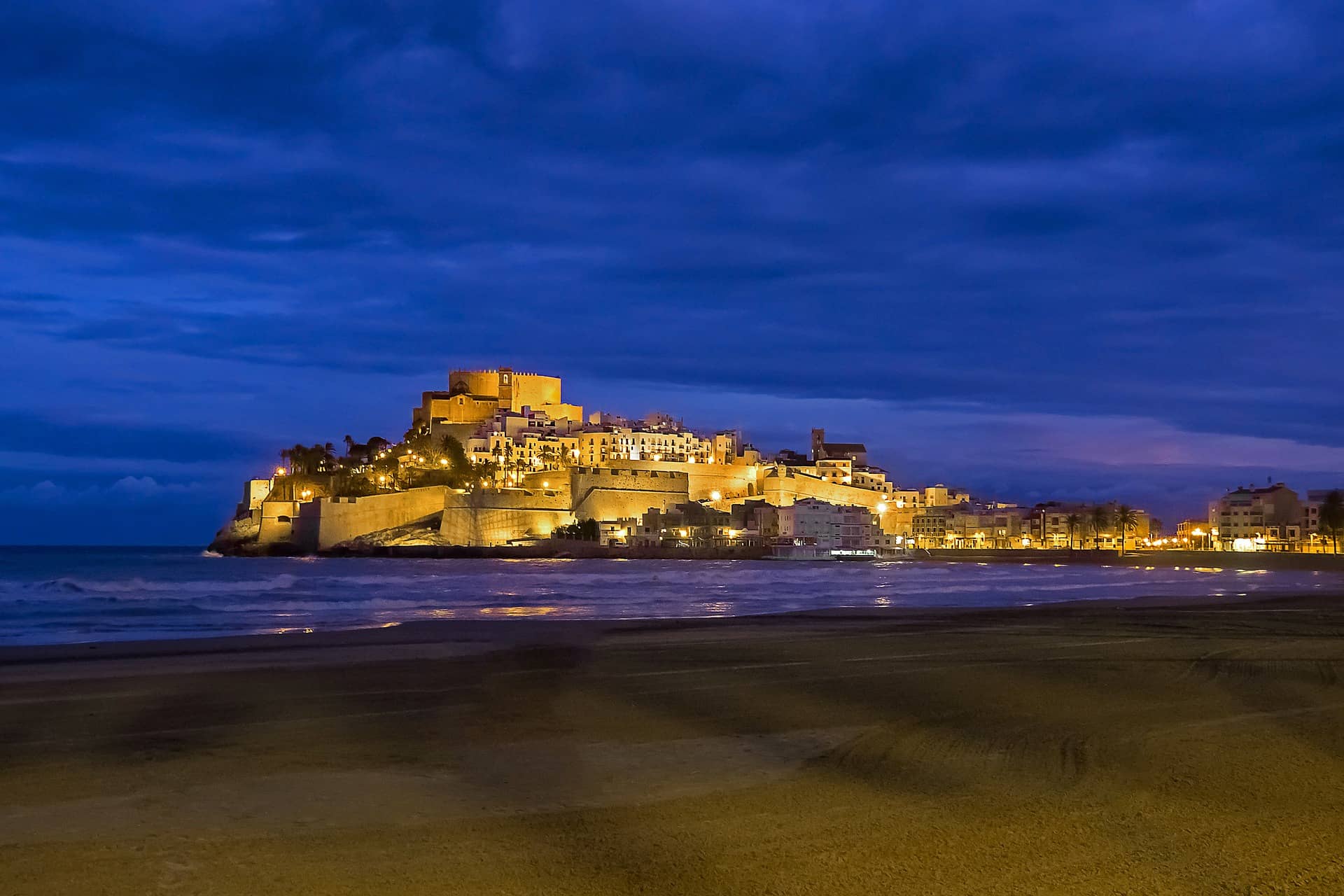 With an area of ​​79 square kilometers, the city of Peniscola is a pearl of the Mediterranean. Located in the province of Castellón de la Plana, north of Valencia.

With about 17 miles east coast, in this hospitable city we can find a wide variety of landscapes among which are both protected forest areas and the extensive fields of typical Mediterranean products such as orange or olive.

But what is striking about this city is the site of his castle, which lies on top of a cliff about 64 meters above sea level right on the shore of the Mediterranean. This castle, refuge of nobles, knights and even a Pope, has protected over the history of the city to different people of the same. Particularly striking is the echo of this castle is joined to the mainland by a thin chain of sand possibly to be flooded during storms become the rock in a place impassable, leaving the rest of the city alone, as if a real island in question.

In contrast to this clear reference to the old part of the historic city center we find the new part of the same, whose new streets and wide boulevards speak of a perfectly tailored to the needs of the new urban tourism.

City also has an extensive sampling of beaches that get close to take a dip. Depending on whether we are in the north or south of the rock on which stands the imposing castle we find different beaches, clear warm waters of fine sand on the north or small and intimate crystal clear waters preceded by steep cliffs in the southernmost part of the coast.

The idyllic old town is a perfect symbiosis of medieval atmosphere that is breathed by wandering through its narrow streets paved under the watchful eye of the castle but combines contrasts perfectly with the typical Mediterranean air whitewashed houses white with balconies full of flowers.