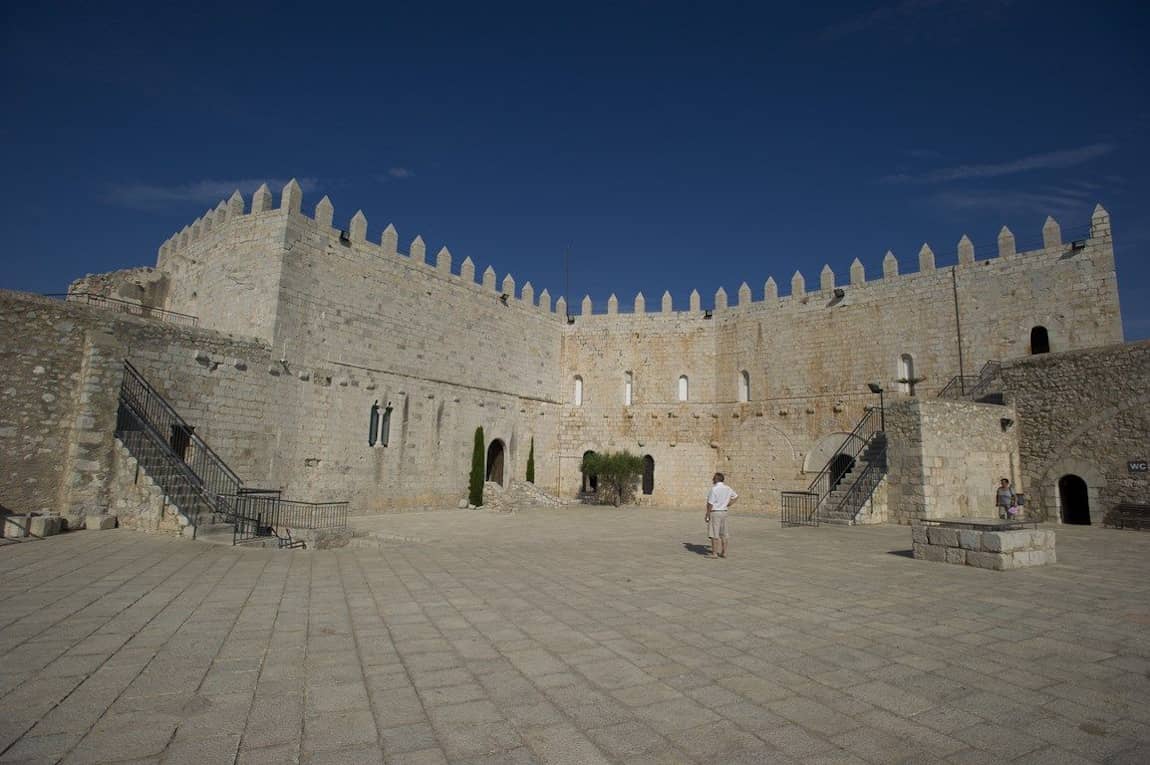 This route also has significant cultural and historical load but in this case focuses more on small landmarks that have great stories.

Thus, this second route begins with the visit of the Font de la Petxina, an enigmatic freshwater source that emanates constantly and which goes directly to the sea. We know that this particular source was built by Philip II desire in the sixteenth century by the inscription found on it.

The next point that we must stand is very close to the source, this is the Portal de San Pedro. Door that was once the main entrance to the castle which was built by Pope Luna in the fifteenth century. It had a pier as it was the place where old boats docked directly enter the castle, but it ceased to be used by the eighteenth century.

After passing through this portal Bufador arrive at a natural formation created by the constant erosion of sea water that created a tunnel connected directly to the Mediterranean and the incoming and outgoing tides constantly creating deafening sounds.

If we walk we can not go through the main street, a beautiful Renaissance artery that divides the city and makes it more passable, besides providing a touch of urban renaissance that only a city can provide.

At the end of this road we find the parish church of Santa María de Peniscola and a former palace that now serves as town hall. The church, built on the remains of an ancient mosque had to be rebuilt several times because of fires and various avatars. Most importantly, she is both the combination of different styles that had to be rebuilt (Gothic and Baroque) and the relics of different potatoes are kept inside.

Very mint of this church we find the next station on the route monumental, this is the stop in front of the Portal Fosc, whose name translated means “dark portal”. It is the third of the doors giving access to the city and the second one which was built during the reign of Philip II. Follows the more traditional Renaissance style of the period to which your bill with a spectacular white stone pad. The most striking feature of this gateway to the city may be the way to solve the cover of it, by a striking internal roof angle of 90 degrees.

We can not continue this route most paradigmatic monuments without stopping in the Plaza de Santa Maria, which is accessed through the puerta de las Caseres. Both constructions, Renaissance, are one of the most historically important environments for the city because here have been found remains of the Roman wall and Arabic. The nearby source of Dins made this location an ideal place for fortification. In the late nineteenth century, the square lost its defensive character hitherto had characterized what unfortunately has facilitated its partial degradation. Fortunately it has been restored and this place has regained its original appearance in large part.

Found as near Fountain Square Dins, it is quite evident that the end of the line is produced in this place. This is a freshwater spring that has supplied water to the city since ancient times, therefore it is not surprising that virtually all the city has grown around this place, being always one of the most protected and cherished the rock. Its importance over the centuries has been such that it is not surprising that in this area have happened different defenses to protect buildings, buildings that have come to light thanks to restorations.