History of the City

Home / Blog / History of the City 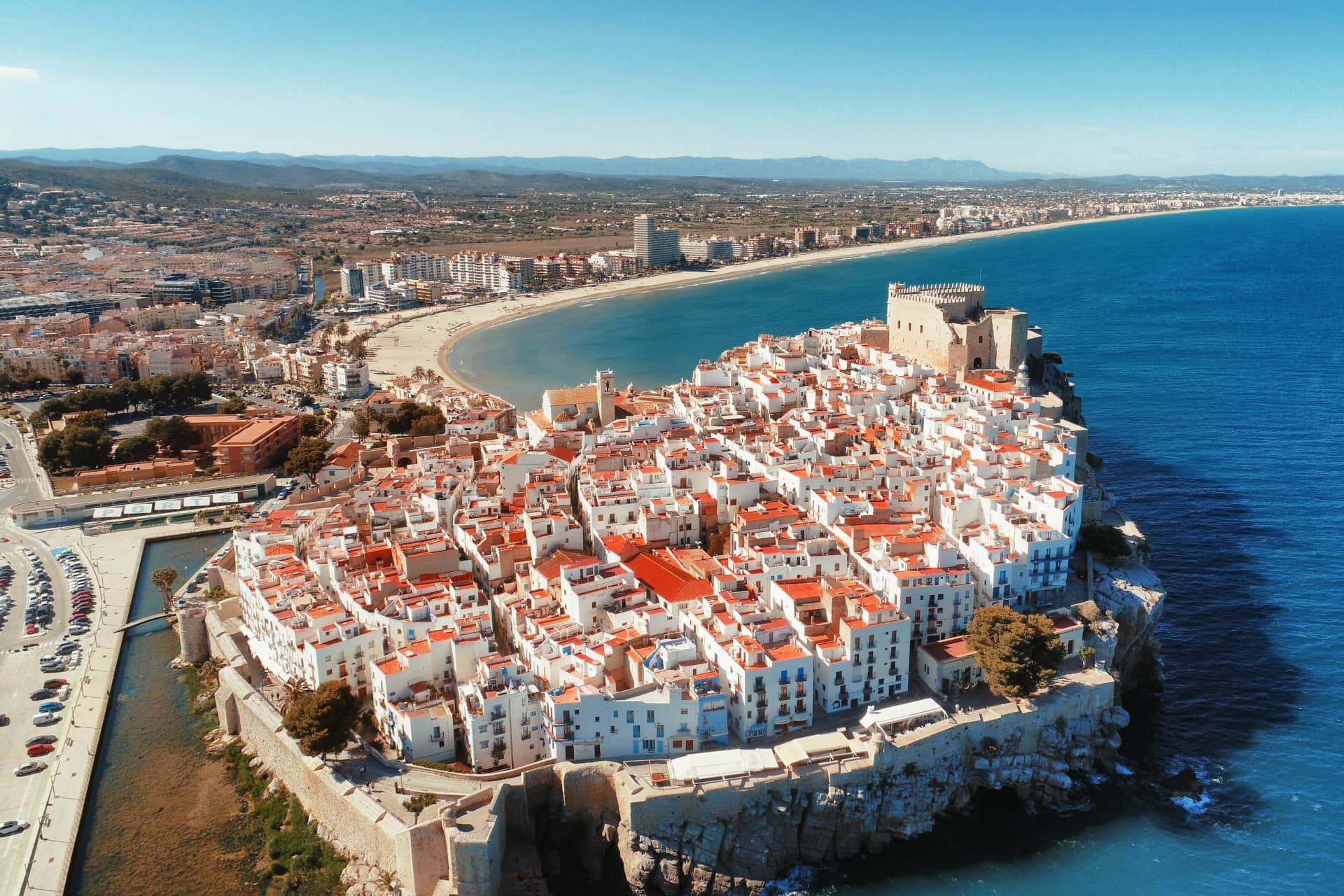 History of the City

There are few cities as well as Peñíscola retain the charm and mystery of the past when you walk through its ancient streets.

The peculiarity of their situation, on a rock in the sea has greatly benefited many cultures have been able to see throughout the history, uniqueness and importance of the city by its special location Peñíscola the map, being an important enclave of the Mediterranean coast to lard the centuries.

Declared a historic artistic in 1972, the city has many historic buildings and deeds that invite us to get into it more as travelers eager to legends as mere tourists.

The Phoenicians and Greeks were followed by Romans, Byzantines and Arabs. All these ancient cultures had a common point, choose the city and its abrupt Peniscola castle as a tourist for their cities because of safety that gives them the strength not only by climatic conditions particularly good to have the area: warm weather and abundant fresh water emanating directly inside the rock.

The Greeks should give them the honor of being the holders of the oldest written refront in which appears the name of the city, which is mentioned as Chersonesos and Castilian is a transcript of which the peninsula. Later the Byzantines whom would appoint as “penis iscola” this is the translation given this new settlement before a Greek name which means “almost island”. This etymological evolution has been derived the present name of the city.

During the years of Arab occupation of the city, it was renamed Banaskula. The Muslims were precisely those who turned the city into a major trade port in the era of the Christian reconquest increased its influence on the Mediterranean coast.

Later, they would be the knights of the Order of the Temple who also choose this particular spot to build his strength, taking the old building of Arab origin but here was adapted to the needs they have. It would be the end of the thirteenth century and early fourteenth century when the old Arab citadel would be rebuilt and transformed into the actual medieval castle. The constituents responsible for carrying out this transformation were the king Berenguer of Cardona (Master of the Order of the Temple in Aragon and Catalonia) and King Arnold of Banyuls (Commander of the town of Peniscola). But unfortunately the works of the castle were unable to complete this first phase due to the dissolution of the Order itself by order of Clement V, so that the castle would remain unfinished.

At the time of Philip II the city suffered a further enhancement as it relates to defense as it became necessary to improve its walls for protection from pirate attacks. After the War of Succession, the War of Independence and the three Carlist Wars, the town of Peniscola lost its military importance for the port city of Cartagena. But this loss of military importance as an array does not hurt but with the arrival of tourism in the 60’s the city experienced a breakthrough due to cultural and entertainment component that emerges from this ancient enclave. The city has managed to reinvent constantly adapting new constructive ways to the surrounding historic environment and creating a framework within which the visitor can enjoy at any time in history and culture.